Well, here we are.  Game of Thrones is nearly back to rip out our guts, put them in a heap, light them on fire, dance in the flames, and go. Surprisingly, this process Season 6 was relatively painless. Sure, we had some emotional devastation courtesy of magic time travel nonsense and a couple of bummer arrows, but all in all, it seems we’re in a good place on the Official Pie Chart of Feelings. 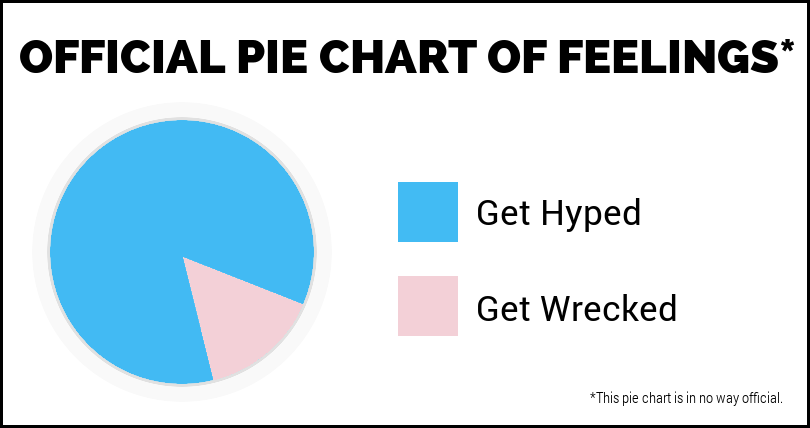 Still, it’s a rough life in Westeros, what with the backstabbing and the death and the inefficient communication systems, so we thought we’d take a stab (pun very much intended) at improving at least one of those.

Here’s how things would be different if Westeros had video chat:

(Spoilers through the Season 6 finale.)

1.  Littlefinger would bother Sansa all the time.

If we’ve learned nothing else from the finale, we have learned that Petyr Baelish is one persistent skeeve-weasel. As if it wasn’t creepy enough to lust after the look-alike daughter of his dead childhood infatuation and then dump said daughter into the hands of a lunatic, now he’s leveraging the Battle of the Bastards to push for a marriage and (casual) control of the Seven Kingdoms. If Westeros had video chat, Petyr would be all up in Sansa’s business even more than he already is. Now that he has her ear, and without his network of little birds to keep him entertained, video would give him all the nice tinglies he craves. Know the latest Westerosi news while simultaneously creeping on your niece-crush? Sign Petyr Baelish up.​

2.  Sam would know that his best friend died. And then got resurrected.

You’ve got to admit, in a quest for great knowledge (and a fine-as-hell sword), it’s pretty ironic that dear Samwell is totally unaware of the insanity he left behind at Castle Black. As far as he knows, Jon is hero-ing around looking rugged in his bearskin cape, and Melisandre is still a sad, post-fanaticism babe with a limited wardrobe. I’m not saying those wouldn’t be two very awkward video conversations, but at least Sam would be up to date.

3.  There would be fewer body parts involved in hostage negotiations (looking at you, Ramsay).

It’s simple: take a hostage, show them on video to prove life, avoid carrying around a rotting direwolf’s head for a week, and still convey your point. (This is not a suggestion for you, reader.) Rickon wouldn’t have fared any better, but at least Theon might have had some fun in Volantis if Ramsay learned to send video messages instead of *physical* ones. Let’s be real, though. That was never going to happen. Good riddance.

4.  Televangelism would be all the rage.

The religious leaders of this world have a flair for the dramatic. The High Sparrow’s sermons would have been the bomb (too soon?) in Westerosi chat rooms, and the fire and brimstone coming from the Red Priests and Priestesses would make for some excellent viewing. The Faceless Men wouldn’t be much to look at, though.

5.  The two most efficient rulers would be even better at their jobs.

I’m talking about our queens, obviously. Daenerys would know the precise state of affairs in all her cities at all times. You can bet Astapor and Yunkai wouldn’t have reverted to the Masters, and even if Meereen still fell under siege, she wouldn’t have been quite so surprised. As for Cersei, Ser Gregor and Maester Qyburn do a good job, but with video chat she would dominate. Confined to the Red Keep? No big deal. Called to a trial in the Sept? Let’s attend via video to, um, observe.

6.  Bran could share literally anything he’s seeing or learning.

I’m sure the rest of the world would be very interested to know that White Walkers exist, Jon Snow isn’t quite a bastard, and that MAGIC BASICALLY MAKES YOU A TIME TRAVELER. Seriously? Come on, man, send a godsdamned raven. But then again, maybe don’t bother, because if Westeros had video chat…

7.  …We’d never have to wait for another critical plot point to travel at the speed of bird flight from one corner of the world to the other.

Yep, it’s a whole new world when you’ve got video at your fingertips. Here’s hoping video chat brings power and connection to your wait for Season 7.