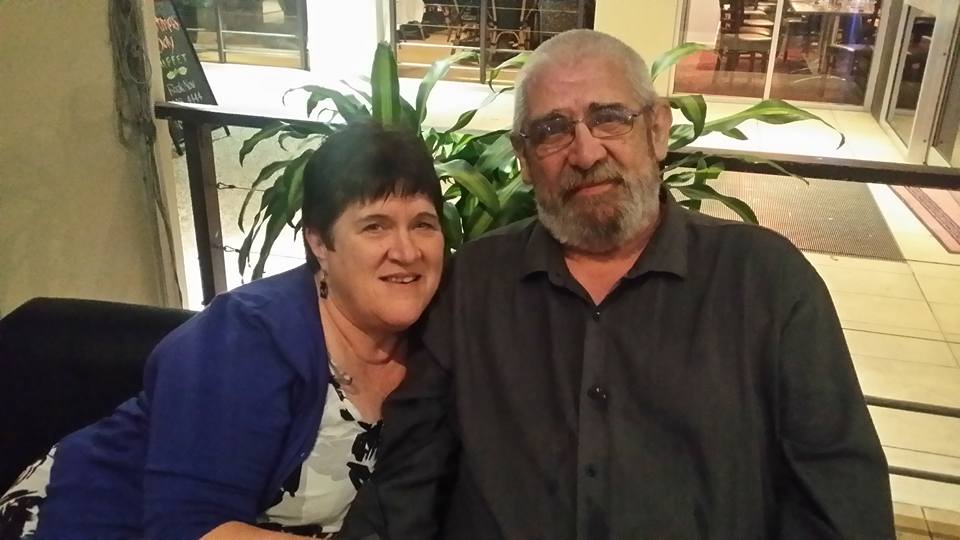 Where they can be found: in NZ and country music rooms

John511_1 and dixie_bell_country_gal met in 2004 when Dixie visited John’s music room, ‘Aussie, Country, Bluegrass, Cajun & Blues.’ John says, “The first thing I liked about Dixie was her humor and her cheerfulness.” The first thing Dixie noticed about John was his “deep and sexy” voice. Dixie often had sound issues that John helped her solve in a private room, where they talked frequently. After spending so much time together online, they decided to become a couple. Over the next four months, John drove 10 hours each way to visit Dixie in her town. Dixie says her thought when she saw John for the first time was, “OMG he’s so tall” — right before he gave her an enormous bear hug. She says, “It just felt like we had known each other forever.” A year later, they moved in together.

Dixie and John have been together for 14 years and were married in 2009. The ceremony in their backyard was attended by a few Pal friends, officiated by a minister they met on Paltalk, and streamed live to a special Paltalk room organized by an administrator. At one point, Dixie says, there were more than 300 people in the room to witness their special day. John says he knew Dixie was the one the first time they talked on Paltalk: “It was just her, we clicked”. Dixie says that John treats her like a queen everyday, and that she can’t imagine him not being in her life. “We are still as much in love as when we first met, so thank you to Paltalk for being such a big part of our lives. Without you we would never have met.”

Thanks to Dixie and John for sharing their story with us. In celebration of Valentine’s Day, we will be posting more stories in the days to come. If you have a Paltalk love story to share with us, complete this form or find us @paltalk on Twitter with the hashtag #PaltalkLoveStory.